Nelson said: "Success is enough to cover many faults; but how many beautiful actions remain forever forgotten in a defeat? Thus on October 12, 1742, the naval battle of the same name occurred in havana in which the Spanish and British weapons were defeated by the former, but as Nelson claims, this masked a series of beautiful actions carried out by the frigate Galga and its extremely competent captain, Pedro de Garaycoechea.

In 1748, the Spanish fleet in Cuba remained active, after ten years of war and blockade. Vernon and Knowles' fleets had been defeated but not defeated and were eager for revenge.

In October, it is known of the arrival of a convoy from England and it is decided to make an effort to capture it. The fleet, with many deficiencies, is tightened and leaves at the beginning of October. Among the fleet, and in exploration work, it is worth highlighting the ships of Velasco and Garaycoechea, two excellent commanders (the first will be the defender and hero of the fort of Morro) and with a long experience. Both are widely known in Havana for appearing, after their incursions, with two or three English ships tow and their returns were seen with anticipation and joy by the people of Havana. But since 1746 his activities have been limited, the number of English ships is increasing and as early as 1746, Garaycoechea suffered a scare when he was ambushed by six English units off Havana from which he went well for his extraordinary abilities. 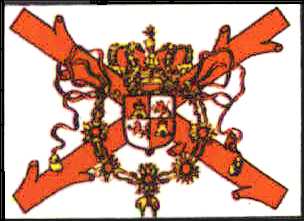 On 6 October, the convoy that, aware of the proximity of the English fleet, turns and sets course for it, is sighted. Reggio's fleet finds himself unable to reach her and throws the Galga, Garay's frigate, on her hunt. It was this, like its captain, a special ship, a three-bridge frigate. Built like a cream frigate, it had undergone heavy remodeling. In 1744 I came to have 50 guns and more than half of them 12 pounds (ships of their category could give thanks if they had one of 6 pounds) and a couple of 18 pounds. At its best you could consider the ancestor of German pocket battleships … no English ship that could reach her could defeat her, and any ship that could defeat her could not reach her. In 1747 it was discovered that this has caused structural damage so that it is decided to reduce its number of guns to 30. We do not know its new configuration but it must be assumed that even in 1748 it would have a good capacity to stick far superior to its peers and with cannons capable of penetrating even a larger ship (which will be of great importance in subsequent events). In addition, the Galga was accompanied by a small schooner called Holy Trinity that until 1744 was directed by the father-in-law of Garaycoechea.

legend where it is said to be a 3-bridge frigate

On October 11, a couple of lagging boats were discovered and Velasco and Garaycoechea head towards them, separating. The Garaycoechea dam is a fragille, schooner or brig (depending on which author or source is consulted) but all agree that it was heavily armed for its size, with 22 guns (most low-value stoners except for boardings) and a shipment of sugar and rum.

Normally the fight would have been brief but this time, the Bahaser (some name) decides to lengthen the resistance; presumably encouraged by the proximity of the English fleet or its escort. So the two Spanish ships had to prove that they were capable and after two and a half hours of combat managed to surrender it. Little hard the Spanish joy because on the horizon appeared the sails of another English vessel, it was the Lenox, a 74-gun liner that accompanied the convoy. According to English historians he rode 56 cannons, perhaps some were dismantled to accommodate more merchandise and it is known that in his cellar he carried a million and a half pesos, whatever it was in this number dance, on the 12th he was already riding 70 cannons again. Regardless this vessel was of a higher category in both resistance and firepower.

The usual result would have been the abandonment of the dam and the escape of the privateers but the captain of the Lenox, Charles Holmes, did not know Garaycoechea.

The Bahaser and the Holy Trinity bowed to Havana as the Galga faced Lenox.

The fight was as it should be: brief but not with the usual result. The Lenox (or perhaps it was La Galga who sought him out) managed to shoot embroidered against La Galga but after that first walk the English animo failed. The English captain had to assess that it was loaded with a million and a half pesos, and the frigate seemed well able to have a lucky shot and leave its ship unwell, plus the Spanish fleet was hovering nearby and could quickly become a hunter-hunter.

Thus, the Lenox turned and headed abandoning the fight, towards the English fleet. With what added to history one of the very few, if not unique, at which point a frigate defeats a warship forcing him to flee.

The next day, the faces La Galga and Lenox were seen again, but Admiral Reggio with a very good head forbade Garaycoechea from joining the line for the serious damage suffered in his embroidery in the fight with the English. Still, La Galga showed off again in that match facing four English frigates but that ….

In the age of post-truth, it perhaps makes more sense than ever before, showing great characters in history, that they are masters of humanity. This does not mean talking about a legendary being, or as you would now say, a superhero, where his virtues are exaggerated and his flaws are silenced. Lol Because it would not be true what is shown and above all, because it would be unhuman. But to show the character what it is, with its lights and shadows. To learn from all the good he's done, even the bad. So as not to fall for those mistakes.

Educationally speaking is something that impacts our training, at all ages. But especially in childhood, where we have more capacity for wonder. And it's a very strong footprint, if we show attention and interest. One of these great characters is Junípero Serra. Miguel José, the name with which he was baptized, is a Spanish missionary born in 1713 in Petra (Mallorca) who founded 9 missions in the United States and maintained others that were already underway. For this reason, he is the only Spaniard to have a statue in the U.S. Capitol, that monument that appears in American films and has a large white dome. Junípero appears there, representing California. In fact, they call him the "Father of California." Since 23 September 2015 he has been a saint in the Catholic Church. What legacy does it leave to the USA, Mexico, Spain and the Church? On the one hand, it helped the independence of the United States, supported by Spain. Collecting money, which he sent to help the independence cause of the 13 colonies on the East Coast. That cause triumphed in 1781. In addition, he is the Father or founder of several U.S. missions, which would later be the largest, most important and influential cities on the West Coast of the United States: Los Angeles, St. Louis, San Francisco, San Diego, Sacramento, etc. In Mexico are the 5 Franciscan missions founded under his supervision, of the Sierra Gorda de Querétaro. Built between 1750 and 1760. They were declared a World Heritage Site by Unesco in 2003. It is also a model of Christian life, for having lived all human virtues to the highest degree, as Christ did and for being a model of dedication in his missionary work. Pope John Paul II beatified him (step before he was a saint) on September 25, 1988. On September 23, 2015, Pope Francis canonized him. That is, it made him a saint (a person very close to God). They called him the "California Apostle" or "Father of California," because he laid the foundation for the state of California. Recently in California there have been vandalism against his sculptures, for wanting to hold him responsible for alleged abuses against the indigenous community. It is enough to listen to or read the vast wisdom of Elvira Roca Barea, to understand that these comments are the fruit of the "black legend". The reality is that the extermination and abuse of the Indians of America was largely the work of english settlers and their descendants. They were killed or confined to the Indian reserves, in pitiful conditions. article by the author of the book: Alvaro Gil Ruiz More information for young people: "Fray Junípero Serra… and what North America owes it"

Last January, on the 23rd, 24th, 25th and 26th, we were in Badajoz celebrating the III BellotaCon.

We are very grateful to be able to participate in these wonderful wargames days and above all To Sergio Alama for the work done, not forgetting José Luis, a person who has encouraged us a lot throughout the day. I'm going to recount what we did.

The first day we arrive in Badajoz, on Thursday, the first thing we do is set up our little stand where we can show our friends the games and projects that we have on our hands, without forgetting the books, of course.

We immediately set out to play a game of "Norway 1940". We were lucky to have some friends interested in the game and the truth is that we draw a little attention for the voices that slipped away when we annoyed the Germans disembarking them in central Norway, not so in Narvik and in the south , but oslo, the Oslo thing was brutal, we sank the landing convoy. It was an impressive game.

On Friday we set out to play "Austerlitz 1805" with some juicers that brought us their enormous satisfaction from the game. The most striking thing was the fog of war. They had a great time, but it's not easy to kick the French out of their fortified positions south of the battlefield. I take this opportunity to comment that at the end of this month, most likely, we will start sending the games to our patrons, and also the book.

We took advantage of the time and between game and game, we got into the sack with "Tactical Commander", a prototype that we want to bring to production as soon as possible. A card war game.

And of course, it gave us time to eat, have breakfast and dinner with the best possible friends. I upload you some images to give you a little envy, I'm sorry but we had a great time.

By Saturday I planned a lecture on "Anatomy of a Defeat. The Trafalgar Naval Campaign: 1804-1805" in the morning and there we went a few resulting in a pleasant talk-colloquium.

Also, since we're sponsors, we couldn't let the raffia moment pass. I put here the photos of the winners of our books and game.

Other projects we were able to teach were, in addition to "Tactical Commander", the highly anticipated "Cartagena de Indias, 1741. Blas de Lezo"

It gave us time to be able to cast a small scenario of "Line Ships: Trafalgar 1805" with all the incentives: approaches, collisions, fires, sinkings, fall of sticks….

I must add that I was immensely lucky to play with three other great people in the "Time of Crisis", including Juan Milano who encouraged us to play the game in such a way that we all laugh. It was brutal.

If all goes well, we plan to repeat next year. So cheer up.

Now we are preparing our HISTORICAL SIMULATION GAME DAYS IN MADRID. Let's see if we can give a specific date.